HAVING IT HER WAY: Neisha Yen Jones gets real about the single life, women and power, and making strides 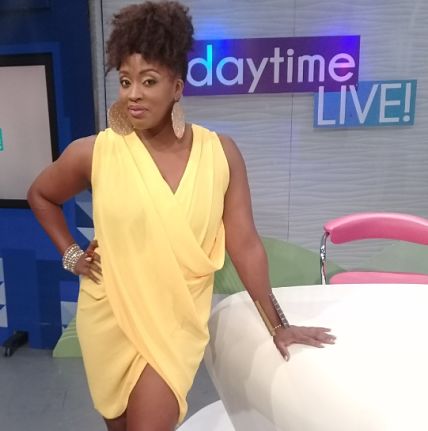 THE TALENTED MISS JONES: The TV host is all about doing you and embracing your power.

In a TALLAWAH exclusive, Actor Boy winner, TV hostess and cover girl Neisha Yen Jones takes us inside her world! Great company for conversation, she dishes on everything from career moves and making strides to women and power, and why a gorgeous girl like her is still single.
* * * * *

ON this cool August night in Kingston, the Miss Jamaica Universe coronation show is unfolding a few doors away from the table where Neisha Yen Jones and I are discussing the remarkable career evolution that now has her positioned as one of the hottest stars on Jamaican TV. This, of course, is thanks to the increasingly popular gabfest Daytime Live, which she’s been co-hosting for the past two years.

“One thing I would say is that my career always has me growing,” she tells me. “When I was younger, I never thought I was pretty enough to be on TV, and that kind of thinking brought me dread. But I decided that I wasn’t going to let my fear deter me from the possibility of being great.”

She’s come a long way. With résumé highlights including Broadway and West End productions (The Lion King, Stomp), Actor Boy-winning work as a choreographer (2015’s At the Barricade), education (lecturing at the EMC School of Dance) and the list goes on, Jones continues to find work that pushes her to achieve greatness.


That’s why she’s so happy that Daytime Live has found a niche, and that she’s now part of a product that’s educating, entertaining and empowering Jamaicans of all ages. “It’s a very important show, and we strive to keep it fresh and relevant. Sometimes on TV a lot of the material fails to connect with viewers as it should. A talk show is where the influence is, how people can spread information, so it’s a very important platform,” she argues. “As a society, we’re feeling certain social pressures, and it’s nice to let people come on and talk about it. It’s a great medium for self-expression.”

And as the proliferation of social media has proven, self-expression is the new entertainment of our age. Even so, Jones will be the first to tell you that the Neisha you see holding her own with opinionated co-hosts Craigy T, Joel, Dufton and Sanique wasn’t always this confident and outspoken. “To be honest, I wasn’t confident enough. Even now I’m very shy. I love being quiet. I don’t like the party scene. One of my favourite things to do is curl up with a book.”

So how does one reconcile the shy girl with the megawatt-diva persona people so readily associate with the name Neisha Yen Jones? As she tells it, it’s simply a matter of definition. “Being a diva means you’re learned about your craft. You’re a professional. You’re among the best. Aretha Franklin was a diva. I am great at what I do. I embrace that, so yes I am a diva,” she states frankly. “My objective is that I set out to be excellent, do a good job all the time. I set out to be on time, to be professional, and I strive to accomplish that every single time. I live my life like that,” she explains, dressed in black with big diva hair and big diva earrings.

In the same vein, she subscribes to the notion that you can’t please everybody and there are some people you’ll never please. “I know I’m not for everybody, and everybody is not for me. And I’m okay with that. In England, being the only Black girl in ballet class forced me to work harder. I used my differences and my challenges to empower me.”

That said, Jones is quick to put the global status quo in perspective. In the wake of #MeToo, she says, women are winning, women are more empowered than ever. “I think women are running the world right now,” she insists, laughing. “At Daytime Live our three bosses are women. At Edna Manley College, the heads [of department] are women. At JMMB women are in power. And because we’re working so hard, we are able to have our cake and eat it.”

A single mom, Jones’ 14-year-old biracial daughter, Bailie-Marie, is following very closely in mommy’s footsteps. She wants to sing and dance and act, and Jones is giving her all the encouragement she needs, while juggling the many side projects (playwrighting, part-time academic studies, teaching dance classes) that continue to add colour and scope to her full life.

She isn’t satisfied yet. And can you blame her? At the top of her wish list for 2019 and beyond is a husband, with whom she’ll have her next child. “I’d like a son. But it has to be with somebody who can teach him how to be a man,” she says, her voice full of yearning. “The reason I’m single is not that I can’t get a guy, it’s just that the men who come aren’t pushing as hard as they should.”

But she’s not giving up hope. Women can have it all. “I want to have my cake and I want to eat it, too. And I want to come back for seconds.” Neisha laughs. “You only live once.”