’TIS THE SEASON: ‘Christmas in the Park’ comes alive with jolly, enjoyable performances 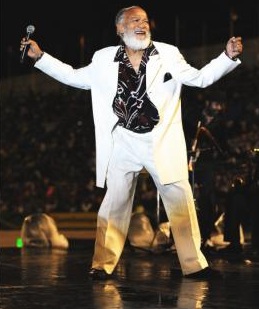 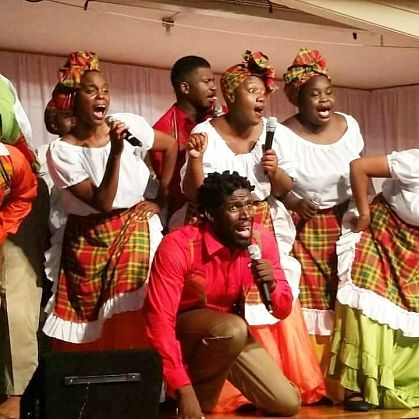 HOW old is Ernie Smith? The entertainment legend has been around for decades, but he has the vim and vigour of a schoolboy. That’s why his performances are so hugely enjoyable, full of energy and amusement, as he really gets into his groove. Much to the delight of the audience, Smith was the closing act at the 2018 edition of the ‘Joy to the World: Christmas in the Park’ concert, which drew a sizeable crowd to Emancipation Park in New Kingston on Sunday evening.

Smith, rocking his spotless white suit, wasted no time winning us over with spirited renditions of “Play Di Music,” “If Every Girl Pretty Girl” and “Tears on My Pillow.” These tunes made way for “Sammy Dead,” “Feliz Navidad” and the finale “I For Jesus,” during which the show’s entire cast joined him on stage.

The show’s lively beat was due largely to the exemplary stylings of the E-Park Band, with Desi Jones on drums and band leader Peter Ashbourne on keys. Karen Smith joined them on vocals, performing the sultry “My Grown-up Christmas List,” Michael Sean Harris contributed the jazzy, big-band number “Late in the Evening,” followed by a gorgeous duet of “Because I Knew You,” with Harris and Smith sharing wonderful, harmonious chemistry.

Smith was not done yet. Stunning in the season’s bright red, she paid tribute to the late Queen of Soul with an Aretha Medley, working the audience into a frenzy with “Natural Woman,” “I Say a Little Prayer” and “R-E-S-P-E-C-T.”

Also featured on the programme, emceed by Hugh Douse: the Kingston College Chapel Choir, as well as Rhumbakah, the all-boys mento band from Charlemont High, who gave jaunty interpretations of “Let the Christmas Catch You in a Good Mood” and “Silver Bells.”

Bringing some variety to the performance package, a trio of dancers from L’Acadco connected with the graceful, gospel-driven work “Well Done.” And speaking of grace, soprano Racquel Fairclough was in her element, giving impressive performances of “One Man” and “Amazing Grace.” Mario Evon later joined her for “The Prayer.”

Not be outshone, the Nexus Performing Arts Ensemble had their centrestage moment, rendering a suite of Jamaican folk and Christmas gems that beautifully captured the spirit of the season.