ON WITH THE SHOW: Quizmaster Jean-Paul Menou savours the personal and professional triumphs of his full and amazing life 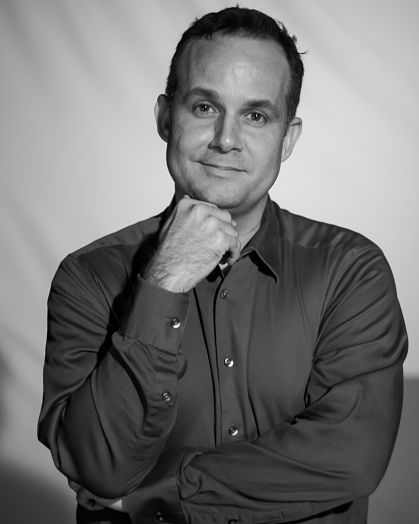 GREY'S ANATOMY: "I think I've grown into the role," Menou says of hosting SCQ. "I do the homework. I'm in the habit of doing that."

TITANIC. What’s Eating Gilbert Grape? Scent of a Woman. What do these movies all have in common? Apart from the fact that they rank as Oscar-nominated classics, Jamaican actor Jean-Paul Menou auditioned for all of them.

On a breezy Monday afternoon, Menou and I are among the early-lunch crowd at the Victoria Pier in Downtown Kingston. The terrace by the Island Coffee Shop is our haunt for today. When our conversation shifts to his upbringing, that’s when he starts telling me about his close brushes with Hollywood greatness. “The high school I went to had a strong theatre department, so we would regularly hear about auditions, and some of us would get selected to go and try out,” Menou recalls, clearly enjoying the little trip down memory lane. (Of course, those movie roles went to the likes of Leo DiCaprio and Chris O’Donnell.)

Menou attended school in Chicago, which he calls a big theatre town. He then went on to Colombia University to study TV, journalism and cultural studies. But performing-arts buff that he is, he had a deep-rooted passion for acting that he never let slip away. “I always did theatre on the side,” he says now. “It was always my passion. But I was also a good student.”

The United States. Jamaica. Chad. What do these countries all have in common? Apart from the fact that they are all appealing travel destinations, Menou has resided in all three of them. A true man of the world. He grew up right here in Jamaica until he was 10 years old. That’s when his parents decided to migrate to the States and then to Chad, because his father was going to be stationed there. But it was back to the US for school, which led to coming-of-age sojourns in New York and Chicago.

He speaks lovingly of his folks. “I really was very fortunate to have parents who made education a priority,” he says. That solid education held him in such good stead that he landed a job as a visa officer not only at the French Consulate in Chicago but also at the French Embassy in Kingston upon his return to Jamaica to reconnect with his roots and diversify his résumé. “When the French Consulate closed,” Menou remembers, “it was like God’s way of saying to me, That’s not your life.’” He chuckles.

Radio and theatre became his life. He worked at Power 106 FM for years, reading the news and producing shows like the Ronnie Thwaites-hosted Independent Talk, which got cancelled. As the media landscape continued to change, Menou would hear comments like, “The media pie is getting smaller.”

And when Power 106 got swallowed up in the RJR-Gleaner merger, Menou found himself out of work for the first time in a long time. “Changing times,” is how he sums it all up. While he would teach part-time, it was in the theatre that he could always be his best self. You could say he found solace.

Bedward. After Mrs. Rochester. Tek Yuh Han’ Off Ah Me. What do these plays all have in common? Apart from the fact that they are award-winning shows, Menou had starring roles in all of them over the course of an acting career that continues to flourish despite limited financial gain. “Theatre is one of those things I do for the love. It’s not a lucrative business. People can’t make money unless it’s full time,” explains the actor, whose body of work spans collaborations with everybody from playwright-producer Basil Dawkins to the Brian Heap-led University Players, and filmmakers Jeremy Whittaker (Destiny) and Michelle Serieux (Sugar).

Truth be told, roles in local theatre for ‘non-Black’ actors like Menou can be few and far between. “Do I wish I could work more? Of course. The problem for me is you have to wait until somebody writes a role for a White man or adapts a play with such characters,” says the actor, who snagged the 2014 Actor Boy for his supporting role in Absent Friends, helmed by Heap, who Menou hails as an envelope-pushing director who “picks stuff with more diversity.”

This season, Menou is garnering awards buzz yet again for playing Felix (opposite Nadean Rawlins’ Doris) in Pablo Hoilett’s adaptation of the two-hander The Owl & The Pussycat. “The play is lovely because it speaks to the power of love – with two very different people,” he says.

He loves playing Felix, the bookish single man whose world gets turned upside down by a vengeful prostitute. “I’m always cast as the bad guy, so it was nice to play a regular guy for a change,” he notes, reflecting on the role. “It’s a lot deeper than some of the roles I’ve played over the years. Much, much deeper. It’s a three-dimensional character, and with each performance we’ve done, we discover something new about the character.”

At the moment, there’s another role Menou is reprising with mucho gusto: quizmaster on Schools’ Challenge Quiz, now in its 50th anniversary season. “It’s exciting to be a part of the 50th. Doing Schools’ Challenge Quiz is one of my favourite jobs. I feel like I’m in a position for educating young people,” says Menou, who also lectures full-time at the School of Drama (Edna Manley College), teaching voice and speech, among other subjects.

Since joining the SCQ family in 2010, he has earned comparisons to the late great quizmaster Dennis Hall. “It’s a real compliment because he was a very close family friend. He lived in Greater Portmore when we were in Edgewater. I remember watching him on TV, and I remember saying, ‘I want to do what he does.’ So it’s nice to hear people say, ‘You remind me of Dennis Hall.’”

The fanbase is widening exponentially. “I can’t hide. People recognize my voice especially when I’m in the country. It’s nice to have them saying, ‘I like you on the show.’” But Menou got a taste of the mean-spiritedness during his very first season. “I was a little shaky in the first season. And I’d hear comments like ‘This White man too slow.’ But by the second and third year I got nicer accolades. I think I’ve grown into the role. I do the homework. I’m in the habit of doing that.”

Sporting a red tee-shirt, shorts and sandals, Menou could easily be mistaken for a sight-seeing American tourist down here at the Victoria Pier. But on closer inspection, SCQ aficionados and theatregoers will recognize him. Physically, he’s much stouter than then last time we saw him in person. Professionally, he wants to keep growing. “For now I’m focusing on teaching. I have a responsibility to my students,” says Menou, who works with Nadean Rawlins and her Raw Management company, nurturing young artistic talents.

Are Menou and Rawlins an item? He blushes. “She’s lovely.” That’s all he’ll say, after removing his hands from covering his face.

The University Players, under the baton of Michael Holgate, are doing a show in May and he’ll probably be cast in it. SCQ, meanwhile, runs until March. Menou loves having a full plate.

As our interview winds down, he waxes nostalgic, harking back to his former life. “I think of how surprising things happen in your life. I was engaged to be married in Chicago in 1999. She passed away in childbirth. We lost a great deal,” he recalls on a solemn note. “I have beautiful nieces and nephews, but I really wanted a child. I might adopt. Who knows what’s going to happen?”

In any case, his happy new life in Jamaica keeps him superbusy – and that’s what he likes most. “I think I’m right where I’m supposed to be. I feel like I’m home,” the 42-year-old says. “I am surrounded by love.”