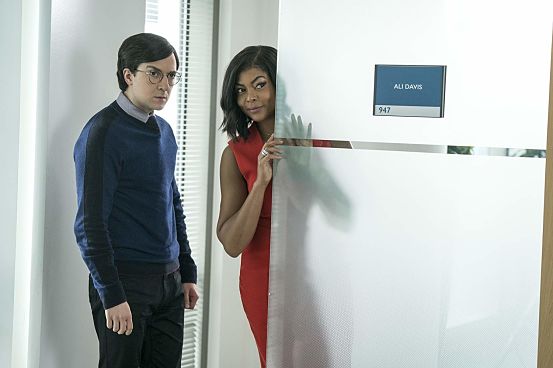 TEAMING UP: Henson (as Ali) and Brener (as Brandon) plot their next move.

WHAT makes Taraji P. Henson such a great actress? The conviction she brings to every role she takes on and the thrilling versatility she brings to her career. Here is an actress who moves with relative ease between television (the smash hit Empire) and the big screen (The Curious Case of Benjamin Button, Baby Boy, Acrimony). She can give you a solid dramatic turn, then the next time you see her, she’s flipping the script and revealing yet another dimension to her gifts, as a comedienne.

She is riotously funny in What Men Want, this season’s noteworthy chick flick that offers a full-bodied exploration of trust and relationships, ego and competition, and the age-old gender wars.

Henson plays Ali Davis, a highly driven go-getter who comes across to most men in her circle as a ball-buster. She works hard and she plays hard, and is the sole female sports agent at Summit Worldwide Management, due for a promotion any day now to finally make partner. When she gets overlooked again, she hits the roof and accuses her boss, Nick (Brian Bosworth) of sexism. What does she have to do to earn the respect of the company’s boys’ club?

When one of her three close girlfriends introduces her to an eccentric reader woman named Sister (Erykah Badu, hilarious), who offers her some tea, Ali later discovers that she can now hear what the men around her are thinking! Blessing or curse? “It’s driving me nuts,” he complains to Sister, who shows her how to use her newfound gift to finally win what she’s always wanted. 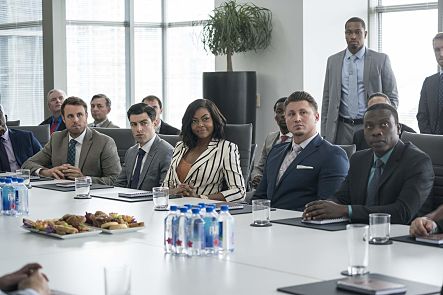 With the help of her adorable personal assistant Brandon (Josh Brener), whom she dotes on and berates in equal measure, Ali hatches a plan to sign Jamal Barry (Shane Paul McGhie), the most wanted young talent heading into the NBA. Throw into the mix a blossoming romance with a sexy bartender and single dad (Aldis Hodge as Will), and Ali’s cup is full to overflowing.

Buoyed by some smart directorial choices by Adam Shankman, working with a script by Tina Gordon, what essentially plays out in What Men Want is a sequence of events that amuse you and provoke serious thought, chiefly concerning power, career versus personal-life choices, and women trying to make it in a male-dominated environment. Tyrone’s Verdict: B++