THE MEASURE OF A MAN: Two theatre stalwarts pay tribute to the late great Aston Cooke 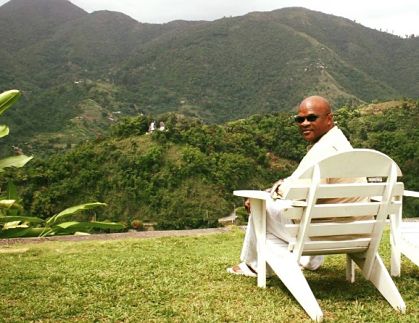 IN MEMORIAM: Cooke was known was for his work with the Jamaica Youth Theatre and the Jamaica Cultural Development Commission, among others.

THE sudden death, at age 61, of playwright, former JCDC Chairman, Miss Jamaica World co-franchise holder and noted cultural authority Aston Cooke has met with a wave of glowing tributes from esteemed colleagues and those who knew him best. Here, two of the theatre industry’s most important contemporary voices remember him.

>> For David Tulloch, Cooke was a dear friend and mentor
“Aston introduced me to theatre at the age of six. The production was Snow White & the Seven Dwarves. Then [we did] Schools’ Drama Festival at Wolmer’s Boys School. Since then, he became a leader, mentor and dear friend. I am going to miss him.”

>> Basil Dawkins admired Cooke’s persistence and resourcefulness
“One of the most admirable things about Aston was the sacrificial way that, against much odds, he, along with Quindell Ferguson, kept Schools’ Drama Festival alive. If there was any job in theatre most thankless it was the effort to keep Schools’ Drama Festival up and running. And against those odds, and with very little resources, he did it. The Jamaica Youth Theatre, which came out of Schools’ Drama Festival, in a short time became a force to be reckoned with. I hope both organizations will grow from strength to strength in his memory. My condolences to his family and friends.”