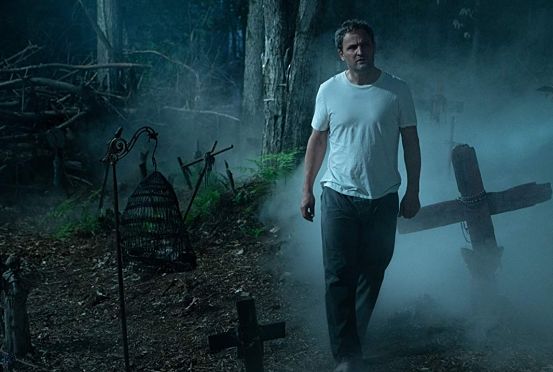 THE Stephen King classics we really want to see get a modern cinematic update are Misery and The Shining. But we don’t always get what we deserve. Alas, we have to settle for a new take on Pet Sematary, which packs some jolting suspense and hair-raising moments but lacks the requisite oomph for ‘waking the dead.’

Jason Clarke (Winchester) stars as ER doctor Louis Creed, who has just moved his family from Boston to a sleepy and secluded rural town named Ludlow for a change of pace and a fresh start. His wife Rachel (Amy Seimetz), infant son Gage (Hugo Lavoie) and bright eight-year-old daughter Ellie (Jeté Laurence) don’t mind the change of scenery. But when the strange occurrences start piling up, they begin to have doubts.

Based in the woods right by their house is a cemetery where kids go to bury the remains of their pets. According to an old neighbour, Juds (John Lithgow), whom Ellie befriends, trips to the graveyard have become a ritualized tradition over the course of decades. What’s more, he confides to Louis, it’s not your average burial ground; it has the power to bring the dead back to life! When Ellie is killed in a bizarre accident, Louis realizes he has some tough choices to make, resulting in a most terrifying ordeal for his family.

Clocking in at close to 100 minutes, the film (directed by Kevin Kolsch and Dennis Windmyer, with a screenplay by Jeff Buhler) moderately succeeds in translating King’s haunting vision to the big screen. It’s an engaging plot and suspenseful narrative. But for a Stephen King-based horror flick, it’s a moderately scary and satisfying cinematic experience. Tyrone’s Verdict: B-