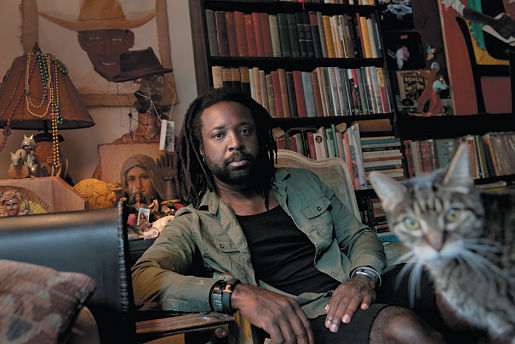 BETWEEN THE PAGES: James goes into the wild with his latest offering.

HOW does one follow up a Man Booker Prize-winning masterpiece? If you’re Marlon James, you seize the opportunity to take a creative departure. For his latest literary offering, the adventurous Jamaican storyteller has kicked off his new Dark Star trilogy with Black Leopard, Red Wolf, a fantasy-laden vision of ancient Africa.

Packing some 600-plus pages, the novel features a hunter for hire named Tracker, whose pursuit of a missing boy takes readers across landscape replete with warfare, sex, shape-shifters and no shortage of monsters and witches. 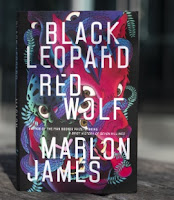 At the outset, James wanted to tell a story about the fall of a royal house and its mad queen, but when the character Tracker came to him, he decided to flip the script. “Not every story appears to you A to Z,” he tells the Associated Press. “Sometimes Q shows up first.”

In any case, Black Leopard is a hit with the critics. While the New York Times declares that “James’ characters will take their place in the pantheon of memorable and fantastical superheroes,” the Washington Post hails the novel as “an African fantasy as vibrant, complex and haunting as any Western mythology.”

THE FIRST THREE: James’ novels are engrossing studies of power and glory

> John Crow’s Devil: Set in the ’50s, the author’s debut was about rival church ministers in a small Jamaican village

> The Book of Night Women: Obeah and slavery were central themes in this haunting saga

> A Brief History of Seven Killings: The attempted assassination of Bob Marley in 1976 sparked this 700-page epic that became a multi-prize-winning international bestseller