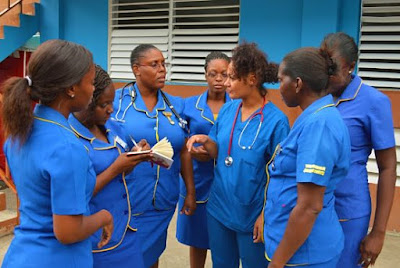 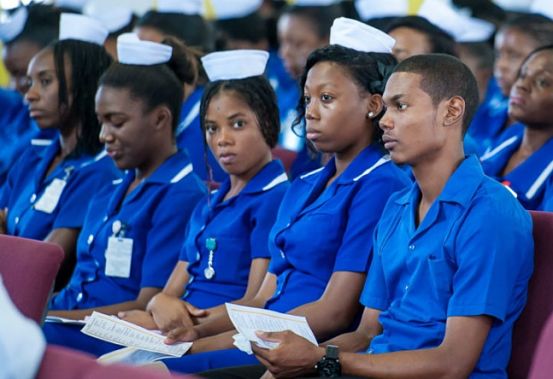 UP FOR DEBATE: Per Johnson, we are not taking care of our nurses.

NURSES are leaving the country in droves, and unless this alarming human resource matter is effectively addressed, troubling days are ahead for Jamaica’s public health-care system. So says Carmen Johnson, president of the Nurses Association of Jamaica, who says she is deeply worried about the future of nursing care in the country.

“Last year alone we lost about 500 nurses who have migrated. And it is projected that in the first half of this year we will lose even more,” the NAJ president told TALLAWAH during an interview at their Trevennion Road-based headquarters in Kingston. “So with all the big plans we have, if we don’t look at the human resource factor we are going to have a major challenge in the system.”

Between January and February, one hospital alone lost about 50 members of their nursing staff. “With so many nurses migrating for better opportunities overseas, it is negatively impacting the system,” Johnson emphasized. “And because of it, we now have a higher patient-nurse ratio in the hospitals, causing overwork and fatigue. We need the Government to show that we value the nurses and want to keep them in the country.”

There are several factors behind this mass exodus, not just monetary.

“The requisite legislation to govern the advanced practice of registered nurses, mental health officers, anaesthetists and other sub-groups has still not been passed. We’ve been lobbying for years and still nothing has come out of it,” Johnson, currently in her second term as president, explained. “We think it’s high time now that the Government gave it some priority attention. Other countries have passed their bills. So Jamaican nurses have been carrying out their duties without the proper legislation and anything can happen.”

Johnson says it’s a high-agenda item for the association going forward. “We are still hoping to say to the nurses, ‘Stay in the country,’” she said. As for a meeting with health minister Dr. Christopher Tufton to voice their concerns, Johnson says, “We are awaiting a date, so we can have discussions.”