GOSPEL SPOTLIGHT: Mikhail Solomon fuses a passion for storytelling with his devotion to Christian ministry 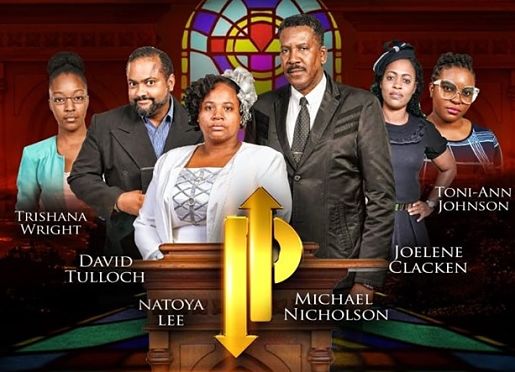 MAKE YOUR MOVE: The cast of Solomon's new faith-based drama.

“CHESS is life,” says Mikhail Solomon, who hastens to cite some rather concrete examples to back up his argument. “It really teaches you thought before action and the consequences of your actions. It reminds you that the intent of your enemy is to destroy your life, so you have to strategize and plan your moves. Your objective is to come out of the encounter alive. In life one simple mistake can cost you your life, you soul. So you can’t make the wrong moves, and this is something that Henry soon realizes.”

The Henry that Solomon is referring to is the central male character in Pit to Pulpit, his debut commercial theatre production that’s having its hotly anticipated premiere at the Phoenix Theatre in New Kingston, just in time for the Emancipendence celebrations.

The play is not about chess. At the heart of this emotionally charged drama, set in the church, is a fierce mix of ruthless ambition, betrayal and the eternal struggle between good and evil.

“While watching you’re going to feel almost every emotion at some point – rage, sadness, happiness, annoyance. Somebody will laugh, somebody will be moved to tears,” explains Solomon, who has been writing these kinds of stories and mounting them at church since he was 20, following in the footsteps of his parents (both evangelists) who brought him up on scripture while instilling in him a deep appreciation for the transformative power of the arts. 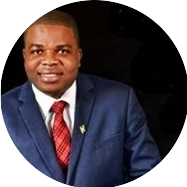 Today, at 31, he’s a chess coach and an ordained youth pastor in Linstead, St. Catherine, a husband and father of four (two adopted) and the driving force behind Mikhail Solomon Ministries, which he officially launched in May. “We’re about sharing the gospel through the arts, reaching people who don’t necessarily go to service every Sunday,” he notes. “It’s wholesome entertainment for Christians and those who need the news of salvation.”

Pit to Pulpit, he insists, will not only enlighten and provoke thought; it might change your perspective on certain things. “It’s really about Henry and his struggles. He’s battling his own personal demons, and we see how this affect his family, his wife, his mentor and others around him,” says Solomon, who immersed himself in the dramatic arts while at Charlemont High back in the day. “The story came out of personal experiences, having first-hand knowledge of marital challenges from counselling sessions I’ve done. But what the play highlights is how God can transform messed-up individuals.”

Looking ahead, Solomon hopes to continue doing this kind of work and finding other unique ways to get the message of hope to people who need it, people who aren’t making the right chess moves. “We are all on a journey and there must be challenges. It’s a part of life,” he concedes. “But we have to keep pressing on by faith.”