SECRETS & LIES: Powerful ‘Pit to Pulpit’ pulls back the curtain on private lives in pastoral ministry 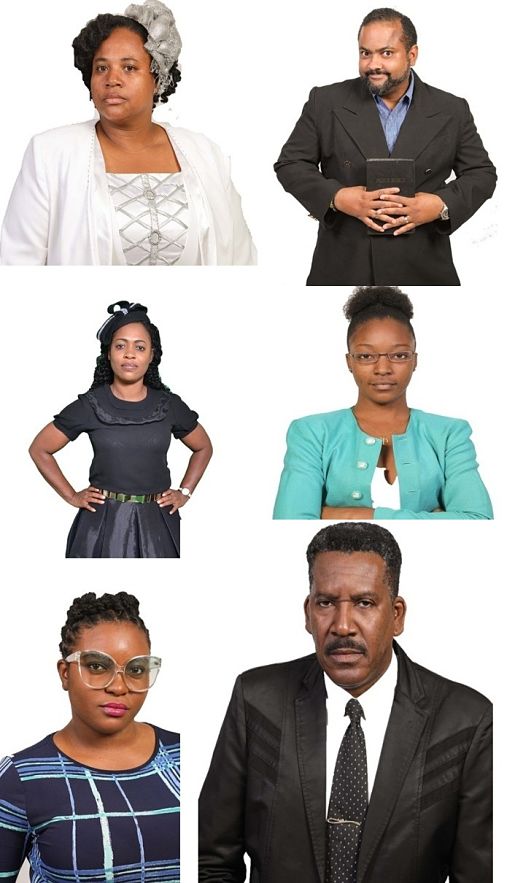 HOUSE OF CARDS: The new play is populated by dynamic, headstrong characters.

WHEN details of the double lives of members of the clergy become public knowledge, we are often too shocked for words. To our minds, pastors (as moral authority figures) are supposed to exemplify the idea of living right and leading by example. But, sadly, they too are subject to human frailty and failings.

The powerful new gospel drama Pit to Pulpit, written and directed by youth pastor Mikhail Solomon, underscores this point, as it drives its message home.

Leading a super-strong ensemble cast, Michael ‘Stringbeans’ Nicholson stars as Henry Jackson, the soon-to-be-ordained new pastor of a community church. A devoted family man, he shares his home with loving wife Yvonne (Natoya Lee, in a superb breakout performance) and good-natured daughter Heaven (Trishana Wright). But, as we soon learn, things are far from perfect.

Behind Yvonne’s back, Henry has been carrying on an extra-marital affair with Yanique (Joelene Clacken), a clingy young woman who will not take no for an answer. What’s more, Heaven has gone in search of her long-lost sister Jesrine (Toni-Ann Johnson) for a happy reunion with the family. But the arrival of this estranged daughter sets off more fireworks than the Independence Day Grand Gala.

Rounding out this six-hander is fiery senior pastor Rudolph Baton (played with manic energy and comic relief by David Tulloch), who feels Henry has much to learn before he is finally ready to lead the church. In addition to his deep dark secrets, Henry’s impatience to take over seems poised to do more harm than good.

This is the kind of meaty, gratifying role Nicholson has been waiting to play, and he sinks his teeth into it, giving us lavish depth and range. It’s among the finest performances of his career.

With all the recent ripped-from-the-headlines stories about bad-behaving church ministers being hauled before the courts, Solomon’s play couldn’t be more timely. At the same time, we are reminded that even Christian households grapple with adultery and infidelity and other weighty issues that tear families apart.

We like the play’s balance of humour and seriousness, the attractive set design and lighting. Overall, it’s easily one of the most riveting productions to hit the stage so far this year. Tyrone’s Verdict: A-