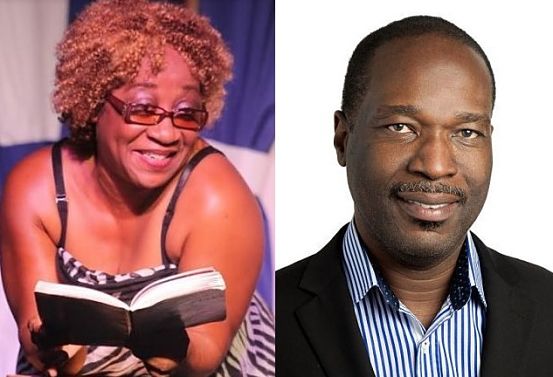 POWER OF TWO: Murray and Chambers head up a solid cast of players.

A lot of the abuse that takes place in the domestic space is because of enablers. Sadly, too often mothers are guilty of this.

Witness the scorching new stage dramedy It Stops Here, in which a matriarch (Rosie Murray as Duchess), who has a narcotic relationship with money, enables the physical abuse of her daughter (Rae-Anna Murray as Olive) at the hands of a wealthy and powerful married man (John Chambers as William Gillespie), who serves as their personal ATM once he’s getting what he wants. And what he wants is total control of Olive’s life.

With an oblivious wife at home, William sets up his mistress in a swanky uptown apartment and keeps the money flowing. (Duchess, of course, is not complaining.) But William is a brute, one with a violent temper and an acute case of paranoia. (Olive is cheating on him with whomever she is having a phone conversation.)

Because of this he repeatedly puts her in her place with a couple sharp slaps or a chokehold. One time, after a particularly explosive episode, he practically leaves her for dead.

A vagrant (Peter Heslop as Roy) then enters the house, steals her two cellphones and discovers her body out cold on the floor. Leaping into action, he ends up reviving her. So thankful for being sent a saviour, Olive shows her gratitude by offering him a place to shower, a change of clothes and some money. 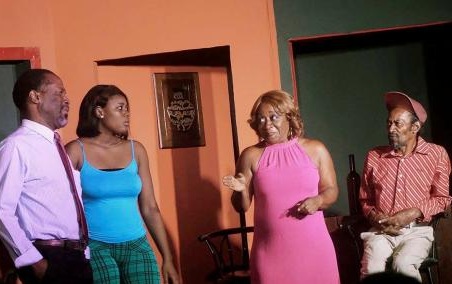 But when Roy returns to the apartment a few days later, a super-drunk William turns up and the ensuing sequence of events is not pretty. Even more hilarious, when Roy and Duchess come face to face, their meeting sparks a blast from the past that blows the whole story wide open.

Written and directed by Andrew Roach, who knows how to deepen a plot (despite a hefty serving of melodrama), It Stops Here benefits tremendously from the committed performances of the strong cast, particularly John Chambers (consistently robust) and Rosie Murray, who disappears into the juicy role.

Intriguing, in spite of its shortcomings, the play will resonate with anyone who has ever paid a price for the selfish desires of others – and the courage it takes to bring about your own survival. Tyrone’s Verdict: B