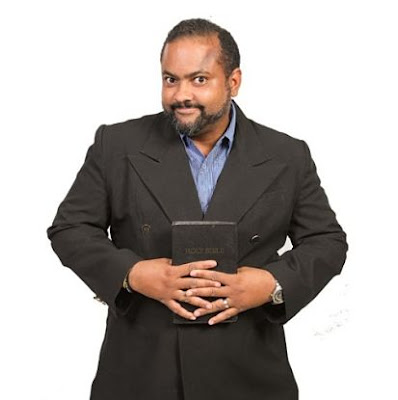 TAKING THE LEAD: Tulloch currently has a great stage role and a pulsating single at radio.

AS his countless fans know, David Tulloch’s twin passions are theatre and music. Nothing brings him greater joy. Having won an enviable stash of awards for his work on and off the stage, it comes as no surprise that he’s now giving greater focus and deepening his work in the music business. What might be surprising to some is that he’s tapping into the gospel genre.

“Where I am now in my spiritual walk, the secular thing doesn’t interest me anymore,” shares the 38-year-old, a multiple winner at the Actor Boy Awards for Best Original Song and Original Score, and who only a few couple of months ago directed a local staging of the Andrew Lloyd Webber Broadway smash Jesus Christ Superstar to critical acclaim.

“Ever since I’ve been doing theatre, I’ve been doing music,” he says, “but I never felt confident enough to step out and fully pursue music as a career. At this stage of my life I feel like I can now do that and give music a chance.”

And he’s kicking off his gospel-industry exploits with the fiery up-tempo track “Suffer the Loss,” which has been getting steady rotation on daytime radio since its official release last week. Love FM’s Markland ‘Action’ Edwards even had him in-studio to discuss the inspiration behind the track, which he wrote, arranged and produced.

But “Suffer the Loss” is not Tulloch’s first or only gospel track. Apparently he’s been holding out on the fans, as he admittedly has enough material to fill an EP. Cuts like “Journey to God,” “My Jehovah,” “Do You” and “Amen” (which features supporting vocals from wife Karla) will delight listeners.

Meanwhile, choosing the gospel route also presented a way for Tulloch to responsibly acknowledge his role as the father of young children. “I always say if I was to stand up in front of a speaker box with my kids and a song of mine was playing what would I want them to hear,” he notes. “Thankfully, both of them love the song.”

Seemingly blessed with the Midas Touch, Tulloch continues to attract noteworthy collaborators who enjoy working with him. To wit, he and Roy Rayon will release their joint track “Why We Love God So Much” before year-end.

Playwriting, film, musical theatre, award-winning original scores, a foray into gospel …. His countless fans are intrigued to see what the unpredictable David Tulloch will accomplish next.