REAL TALK: Ikaya shatters the notion that women are the ‘fairer sex’ 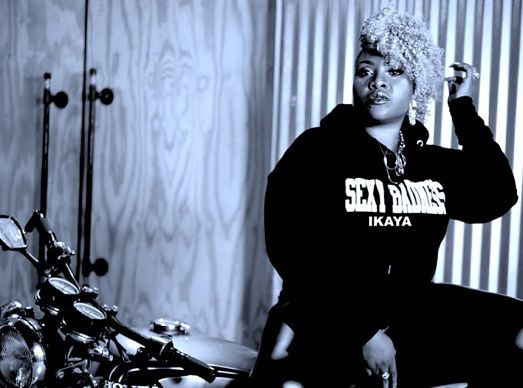 BAD GIRL: The songstress sparks an open dialogue with her new video.

LET’S face it: we are living in a brave new world, where the disparities in opportunities for men and women are disappearing fast. Especially in the wake of #MeToo, the gender wars are locked in a toe-to-toe battle. A deadheat.

Wither the damsel in distress. Say hello to the fearless female. She’s hungry. She has a competitive gleam in her eyes. She’s taking over – from the boardroom to the criminal underworld.

On the heels of movies like Widows and The Kitchen comes a provocative new video from reggae-soul songstress Ikaya that turns on its head the argument that some behaviours, lifestyles and practices are just for men.

The video reintroduces the entertainer as a tough cookie, the leader of an all-black-clad, gun-toting female posse giving new meaning to “sexy badness” (as the song is called). Ikaya and the girls inhabit the roles so well that their performances transcend role-playing. These girls are depicting a reality many of us don’t care to face: anything that men can do, no matter how dangerous and terrifying, women are matching.

As the video attests, the gangstress world is real. (Fathers, hide your sons!) Society frowns on women in certain roles, so it’s not yet a mainstream phenom. But, rest assured, it’s coming.

“Thug life” and “menace to society” will soon be gender neutral. And by the time that happens, a woman will be occupying the Oval Office at 1600 Pennsylvania Avenue. Blame it on climate change. A new day is dawning.