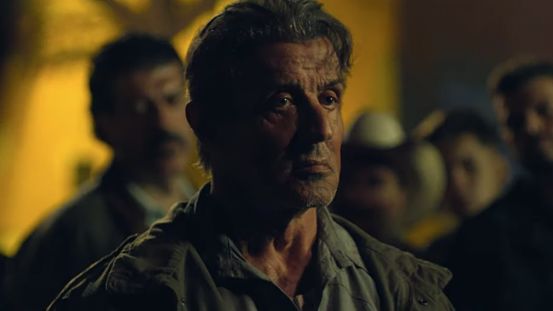 FAMILY FIRST: Stallone (in the titular role) is a man on a mission.

RAMBO: Last Stand is a gritty, intense action thriller that vividly demonstrates the great lengths one man will go to protect his family honour. That’s retired war veteran John Rambo, played by Sylvester Stallone, who defies every expectation of a man his age. He’s relentless. He’s merciless in the heat of battle. You don’t want to piss him off.

When his teenage niece Gabriella (Yvette Montreal) decides she wants to head over to Mexico to meet her estranged father, Rambo and the girl’s grandmother (Adriana Barraza) are firmly opposed to the idea. But Gabriella disobeys them, and when she meets the man she drove all that way to meet he tells her the most monstrous things.

To cheer her up, the friend who showed her where to find him then takes her to a club to chase the blues away. But by the end of the night, Gabriella is drugged, kidnapped and sold into a human trafficking/prostitution ring run by two vicious brothers – Victor and Hugo Martinez. When Rambo learns what has happened to his niece, it sparks a rage in him so explosive it powers the film all the way to its high-octane finale.

In the end, Last Blood (directed by Adrian Grunberg and penned by Stallone and Matthew Cirulnick) offers a nostalgia-soaked reintroduction to John Rambo, the man and the myth, and an unexpectedly gripping and action-packed farewell to the cult-favourite movie franchise. Tyrone’s Verdict: B+

Email ThisBlogThis!Share to TwitterShare to FacebookShare to Pinterest
Labels: 50-Second Film Review, At The Movies, Current Cinema, Flick of the Week, Sylvester Stallone