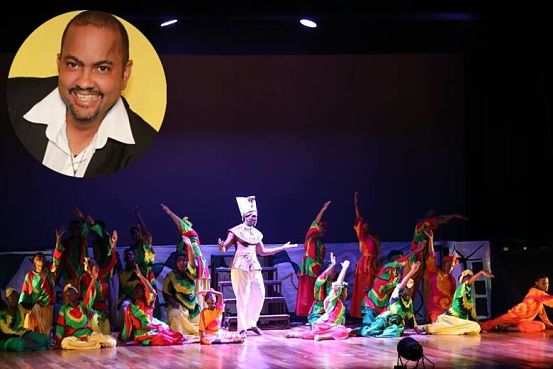 AS the beloved ghetto priest and his lavishly talented creative team return to the spotlight with Isaiah (on the occasion of his 80th birthday and the 50th anniversary of Father HoLung & Friends), industry veteran and musical-theatre pro David Tulloch dips into the archives to rank the five best productions among their stellar body of work.

JESUS 2000
“I’d say this is his most powerful work to date. Alwyn Bully directed it. It had an all-star cast, with a 64-piece philharmonic orchestra. At one point I was supposed to be in it, but something came up, and I had to miss out.”

MOSES
“A phenomenal piece of musical theatre. It had Karl Williams in it as Ramses, and he won the Actor Boy for that role. The special effects were just amazing.”

RUBY
“Another very powerful work. I remember being a young thespian and being in the audience at the Little Theatre. I think Father should consider doing a remount. In fact, I’d love to remount it if the opportunity presented itself.”

YES!
“The Father HoLung story. It was kind of based on his life and ministry as a ghetto priest but fictionalized to an extent. Pretty awesome stuff. The song “Ode to Grief,” performed by Wynton Williams, Michael Sean Harris and Cleveland Cathnott gave people goosebumps.”

SPIRIT
“It rocked. The calibre of talent that came together to put it on – composer Jon Williams, musical director Wynton Williams and Father HoLung as writer – was just fantastic. The dancing, the colours, the ensemble cast – everything came together really well.”