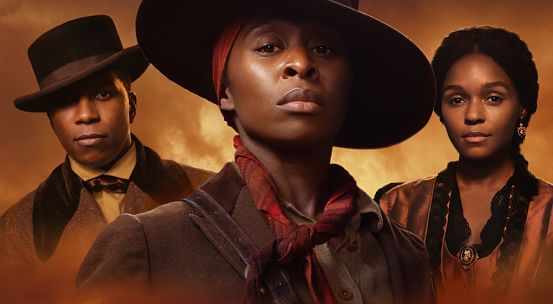 RUN TO THE RIVER: Erivo (centre) leads a strong ensemble cast, including Odom Jr. and Monae

DID you know that the name Harriet Tubman was actually her mother’s name, which she took as her own when she became a free woman after fleeing to Philadelphia to avoid being sold? That’s one of the most fascinating facts from the new movie Harriet, which offers a compelling, deeply affecting cinematic rendering of the famed freedom fighter’s story.

If nothing else, this narrative (directed by Kasi Lemmons) epitomizes ‘strength of a woman’ as we follow the tale of ‘Minty’ (her original name) from rebellious slave girl in Dorchester County, Maryland to free woman to key member of the Underground Railroad committee, who made it their business to liberate scores of slaves from plantations and sun-baked fields across the United States.

Broadway star-turned-screen actress Cynthia Erivo turns in a bravura performance (sure to cop an NAACP Image Award nomination), portraying Tubman as a warrior, a woman of fierce determination and steely grit, who battles her way through vicious prejudice and racism, heartbreak (her husband remarries believing her escape had ended tragically) and countless other odds to do the work her spirit led her to do – and to reunite, at last, with her loved ones.