AT THE MOVIES: Downton Abbey pours on the wit, drama and lots of sparkle 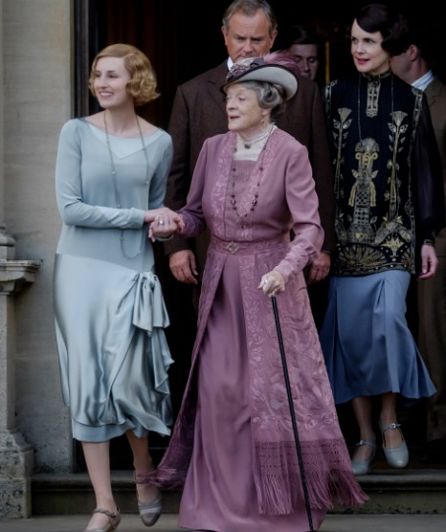 GUESS WHO'S COMING TO DINNER: Smith, Carmichael and other cast members reprise their roles for Downton's big-screen debut.

THE avidly anticipated arrival of members of the royal family can really make people lose their minds. The evidence abounds in Downton Abbey: The Movie, a hugely enjoyable big-screen adaptation of the beloved British television series. The major highlight is a planned visit by King George V (Simon Jones) and Queen Mary (Geraldine James), who will be staying at the big house during a tour of Yorkshire.

To say that pandemonium ensues is a masterpiece of an understatement. As someone points out, with preparations for these kinds of occasions, there’s always a façade of grace and serenity on the surface and demented kicking below. And nothing could be further from the truth, as the house’s upstairs/downstairs set-up roars to life. Everybody has a role to play.

Of course, it’s the servants and footmen who have to do the heavy lifting, determined to put their best forward. But what catches them completely off guard is the news that their services won’t be required during the visit. The royal staff intend to handle everything, pushing the Downton staff into the background on their own turf! The stage is set for a huge fight, complete with devious little games and tricks.

Meantime, the lords and ladies of the house, including the Earl of Grantham, Robert Crawley (Hugh Bonneville), Lady Grantham, Cora Crawley and their lovely daughters Mary (Michelle Dockery) and Edith (Laura Carmichael) and the imperious Dowager Countess, Violet (Dame Maggie Smith), also have their hands full, grappling with matters both personal and pertaining to the visit.

In the end, the Downton Abbey movie (penned by Julian Fellowes and directed by Michael Engler) is a real treat for loyal fans of the hit TV show and for those who hadn’t the foggiest idea that sarcasm is the lowest form of wit. Tyrone’s Verdict: B+