CRITIC’S NOTEBOOK: Spotlight on some standout 2019 supporting actors and actresses 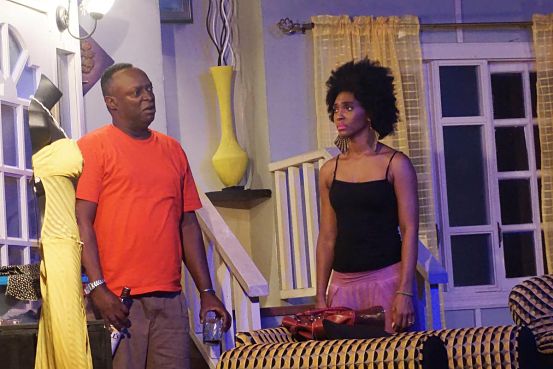 THIS week we continue our rundown of the performances and productions that left a lingering impression on us in 2019 with the supporting players.

Revealing a gift for spiky comedy, Shantol Jackson was a riot as the rowdy best friend in Ananda Alert… Sakina Deer gave yet another solid account of her versatility as a likeable headcase in Straight Jacket… Aisha Davis was a bonafide scene-stealer as a couldn’t-care-less nail technician in Special Cuts… Gracia Thompson poured on the maternal charm as the wise grandma in Ananda Alert… Karla Tulloch brought real power and poise to her role as a bishop’s first lady in Amazing Grace… As the long-suffering wife, Natoya Lee drew kudos for her terrific work in Pit to Pulpit, opposite Trishana Wright, who held her own as the loyal daughter caught between an embattled father and a bitter estranged sister… Meanwhile, Samantha Thompson delivered commanding work as a grieving church matriarch in Behind the Pulpit, while Renae Williams stood shoulder-to-shoulder with the boys in Yours, Truly.

A shoo-in for a nomination this year, Oraine Meikle brought the requisite conviction to his portrayal of a physically challenged dreamer in Special Cuts… David Tulloch was a crowd-and-critic pleaser with his energetic turn in Pit to Pulpit… Courtney Wilson could be the man to watch out for, thanks to his razor-sharp work in Straight Jacket… Andre Bennett was immensely convincing as the friendly neighbour with a dark secret in Ananda Alert… Earle Brown could return to the race this year for his brief but memorable part as a rival minister in Amazing Grace… In Behind the Pulpit, Miguel ‘DJ Rebirth’ Williams scored a solid breakout, playing a cool church brother sharing a tight bond with the new bishop’s husband, strongly played by Brian Johnson… Meanwhile, Stephen-Rhae Johnson gave a committed performance as the fun-loving business partner in Yours, Truly… David Freare did powerhouse work as Judas Iscariot in Jesus Christ Superstar, while Philip Clarke’s spot-on gardener/handy-man went from rags to riches in Feminine Justice.