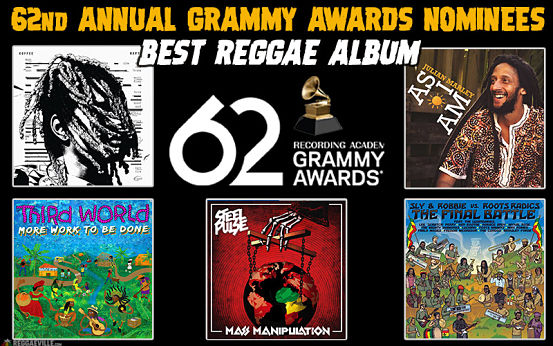 REGGAE GOLD: The five nominated albums represent a mix of veterans and a sensational newcomer.

IS Koffee the frontrunner to cop the golden gramophone for Best Reggae Album at this weekend’s Grammy Awards ceremony? The voting academy was so impressed with the writing and production on her five-track EP, Rapture (only sixteen minutes long), that it earned a place among this year’s crop of nominees, which were announced back in November.

A Billboard chart-topper, Rapture was released last March by Columbia Records and features such crowd-pleasing jams as “Toast,” “Throne” and the infectious title track.

Also nominated this year: the enduring roots-rockin’ band Third World (for their latest offering More Work to Be Done), Sly & Robbie and Roots Radics (The Final Battle: Sly & Robbie vs. Roots Radics), Steel Pulse (Mass Manipulation) and Julian Marley (As I Am).

Meanwhile, hip-hop sensation Lizzo leads the overall pack with eight nominations, including bids for Record of the Year, Album of the Year and Best New Artist. The other top nominees include pop-rock bad girl Billy Eilish, R&B phenom H.E.R and bonafide breakout star Lil Nas X, whose smash “Old Town Road” (with Billy Ray Cyrus) was one of the most streamed singles of 2019.

The Grammy trophies, honoring the best in music on the industry’s biggest night, will be handed out during a star-studded ceremony, chock-full of performances, at the Staples Centre in Los Angeles, on Sunday, Jan. 26. The telecast will be broadcast live on CBS.