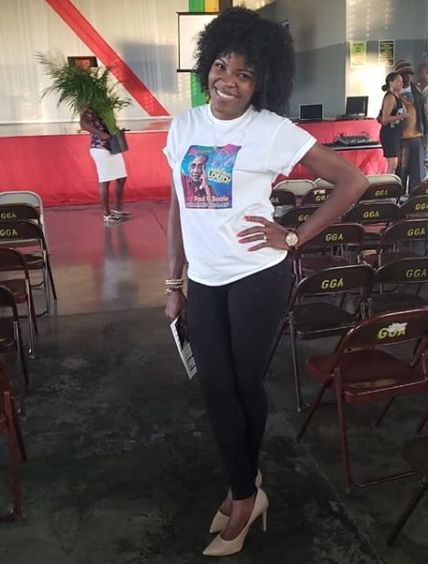 YEARS from now when Dacoda Mitchell looks back on her acting career she can boast that she was a member of the cast that gave the final performance inside New Kingston’s popular Phoenix Theatre. A few weeks ago, Mitchell inhabited the pivotal role of Sister Grace in David Tulloch’s remount of Prayer Partner, which played to exuberant audiences for two weekends before bringing the curtains down on the playhouse for the final time in its years-long history.

For Mitchell, the moment marks a bonafide résumé highlight, but it’s hardly a cause for celebration when one considers the bigger picture. “It’s bittersweet because I’m happy that I got to be a part of the theatre’s legacy but, at the same time, I’m sad because as theatre practitioners we are losing a very important space,” she told TALLAWAH on closing night.

Mitchell, a Kingston Technical alumna, got her start in theatre years ago at the EXED Performing Arts College, going on to work with the LTM National Pantomime and such directors and filmmakers as the late Paul Beale, who cast her in his television series Joint Tenants, Domino Effect and The Student.

But it wasn’t until she scored a role in Dahlia Harris’ Country Wedding (2017) that Mitchell got properly noticed. The experience served as a launching pad, leading to parts in other stage hits like Trudy Bell’s Schampagne Popping, to which she brought a curious mix of the edgy and the daring as good-girl-gone-bad Meeka.

“I like when a get a job, people entrust me with that job, and I deliver,” says the five-foot-eight actress, who has also done work with the UK’s Blue Mountain Theatre Company and also graced stages in North America. “That’s always been something that resonates with me.”

And that philosophy extends to her day job as a manager at the Downtown Kingston-based Ribbiz Ocean Lounge. What’s the most fun part of that gig? “It’s entertainment and entertainment is my life,” says the 34-year-old, who loves dancing, teaching and emceeing events. Flashing a megawatt grin, she adds, “I like to see the patrons enjoying themselves.”