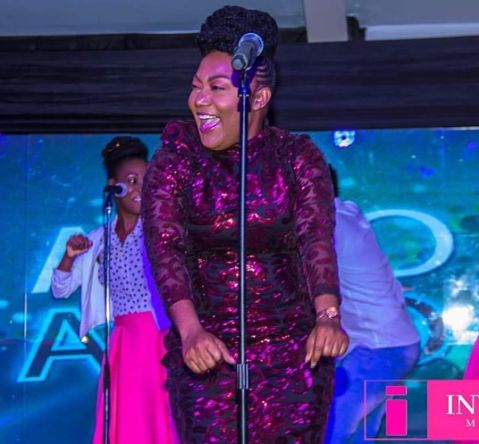 SOLO ACT: The songstress in her element during a 2019 concert performance.

THE first time Rhoda Isabella heard her song on the radio, she was over-the-moon excited. “It was quite a feeling of accomplishment,” the gospel sensation says, “like I was starting to make my impact on the world.” She can say that again.

Since embarking on a solo career in 2017, the former background singer for Jermaine Edwards and member of the now-defunct group iWorship has been making admirable strides, buoyed by her powerhouse talent and irrepressible can-do spirit.

“I’ve been able to perform on some of the biggest stages to introduce myself to audiences all over,” says the songstress, whose crowd-favourite hits “Still Breathing” (a reflective ode to survival and standing strong) and “Church Medley” (a fiery suite of praise-and-worship anthems) continue to resonate and move people to dance and testify.

What’s more, influential people have been taking notice. This past January, Tony Rebel booked her to perform on Rebel Salute, making her one of the very few non-secular artistes ever invited to bring some variety to the festival’s lineup. “He heard “Still Breathing” and then saw me performing it on TV, and he said the song really touched him,” she tells TALLAWAH. “I have to give him props for inviting a young gospel artiste like me to do the show. It’s an amazing experience. Not every promoter is going to reach out like that.”

Rhoda Isabella is a described Jesus girl who gets her greatest thrills when making music and delivering a live performance. A graduate of Merle Grove High, she holds a Bachelor’s in Language and Communication from the University of the West Indies (UWI) and a music-performance degree from the Edna Manley College, which she received in 2013.

“I’d say I’m most looking forward to taking on the world in a big way,” shares the 30-year-old, whose surprising non-musical passions include scuba-diving and horse-back riding. “I’m known for my crazy hobbies,” she admits with a laugh. “I like being adventurous.”