AT THE MOVIES: Bad Boys for Life packs great humour and explosive action 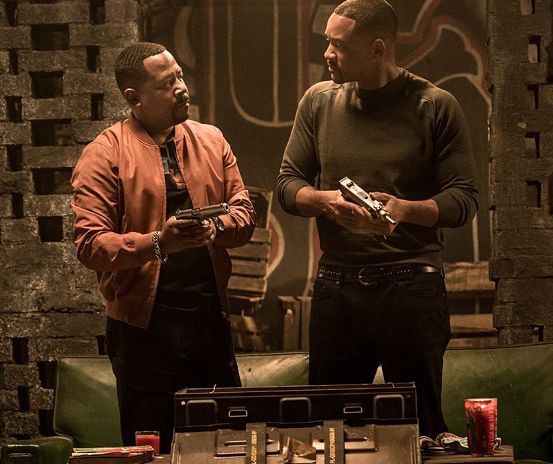 DOUBLE TROUBLE: Lawrence (left) and Smith get ready for action.

EVER since movie buffs helped turn Bad Boys and Bad Boys 2 into cult classics, Marcus Barnett and Mike Lowrey have been the poster boys for the ride-or-die friendship. As top cops working their beat for over 20 years, their bromance has seen them weathering countless storms and surviving too-many-to-count near-death escapades. Not much has changed. The boys are back in Bad Boys for Life, and their relationship is put to the ultimate test.

To say the least, Bad Boys 3, the first big hit of 2019, was well worth the wait. It’s an action-packed, well-paced and wildly entertaining reboot of the fan-favourite series starring Will Smith (Mike) and Martin Lawrence (Marcus), who reprise their iconic characters with relish, bringing a balance of humour and seriousness to the screen.

Fresh from welcoming his first grand-child into the world, Marcus, newly retired as a Miami cop, wants nothing but peace and quiet as he embarks on this new chapter of his life. Mike, on the other hand, is not so fortunate. A chapter of his past, with ties to a Mexican drug cartel, has resurfaced with a deadly plot.

At the centre of this diabolical scheme is a vengeful mother who dabbles in witchcraft (Kate de Castillo) and the loyal son (Jacob Scipio) who does her bidding like a trained assassin. They have a bizarre connection to Mike that soon morphs into a vendetta. They’re obsessed with killing him.

Reluctant at first to come out of retirement to ride with his friend one last time, Marcus eventually has a change of heart, and together they reignite that fire, reintroducing us to the chemistry that made them such a fearless dynamic duo.

Bad Boys for Life, directed by Adil El Arbi and Bilall Fallah, juxtaposes the lush, beautiful scenery of Miami against a dark and ugly underbelly of hardcore crime. But what one finds most intriguing is its mix of tough action sequences (including some grueling fight scenes) with dialogue that comes laced with wisecracks.

Audiences are in for a cinematic experience that frequently feels like being a passenger on a speeding motorbike. We can’t wait for Bad Boys 4. And if it happens, what an epic title that would make. Tyrone’s Verdict: A-

Email ThisBlogThis!Share to TwitterShare to FacebookShare to Pinterest
Labels: At The Movies, Current Cinema, Flick of the Week, Martin Lawrence, Will Smith