AT THE MOVIES: The Invisible Man reels you in with intriguing plot, clever twists 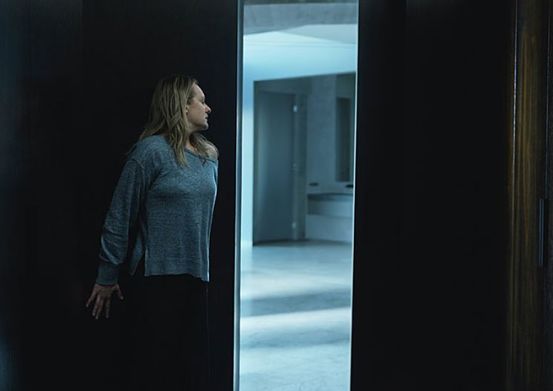 FEAR FACTOR: Moss is a woman fighting for survival in the new thriller.

WHAT you can’t see can hurt you. Putting it mildly, that’s the gist of the story in The Invisible Man, a twisty, suspenseful domestic thriller that is not without its faults. But that doesn’t ruin your overall enjoyment of the film, written and directed by Leigh Whannell.

Elizabeth Moss (The Handmaid’s Tale, The Kitchen) turns in a dynamite performance as Cecilia Kass, a young architect who flees her abusive and controlling boyfriend Adrian (Oliver Jackson-Cohen) at the dead of night. When she’s told, days later, that his lifeless body has been found (an apparent suicide), she feels free for the first time in years.

Then, strange things start happening. An invisible entity has started wreaking havoc. Before long, Cecilia is convinced that it’s Adrian who’s haunting and tormenting her. Not a poltergeist. Did he fake his suicide? Has he discovered a way to be invisible? Given his enormous wealth and reputation as a world leader in the field of optics, Cecilia is not surprised.

But no one is buying her theory. James (Aldis Hodge) and Sydney (Storm Reid) – the cop and daughter who have given her a place to stay – give her the side-eye. So, too, her sister Emily (Harriet Dyer) and Adrian’s brother Tom (Michael Dorman). Even so, Cecilia is determined to prove it and liberate herself from the madness before the body counts starts piling up and she is forced into a mental institution.

Moss is a compelling presence throughout, skillfully zoning in on the vulnerability, anxiety and quiet strength that makes Cecilia such an intriguing, sympathetic character.

And, for the most part, the movie (clocking in at close to two hours) delivers on its fascinating premise, ratcheting up the suspense and rewarding viewers who like to pay attention to the little details. Tyrone’s Verdict: B+

Email ThisBlogThis!Share to TwitterShare to FacebookShare to Pinterest
Labels: At The Movies, Current Cinema, Eliuzabeth Moss, Flick of the Week, Movie Reviews