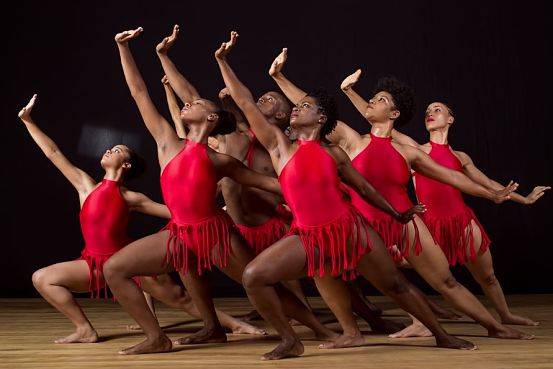 HEARTS ON FIRE: The dancers brought grace and poise to their performances.

THAT Barry Moncrieffe, Noel Dexter and Rex Nettleford all worked with each other at some point, in one capacity or another, made the recent renewal of Remembering Rex – a joint cultural tribute honouring all three departed stalwarts – all the more fascinating.

Once again, the event (hosted by the Little Theatre in Kingston) offered the National Dance Theatre Company (NDTC), the University Singers and the Rex Nettleford Foundation the opportunity to salute the life and legacy of this great man. But this time around, the celebration was supersized (complete in three parts), as Moncrieffe and Dexter were also given moments of glowing tribute channelled through sterling examples of artistic excellence.

Part One was dedicated to Moncrieffe and featured five performance pieces. The NDTC Singers reprised their Buju Banton medley (“Journey”) from last summer’s 2019 season with much aplomb, while soprano Carolyn Reid-Cameron hit some golden notes during her rendition of the spiritual gem “I Want Jesus to Walk with Me.” The dancers, meanwhile, offered two excerpts from Nettleford’s 1978 masterwork The Crossing – “Hush” and “Goodbye Motherland” – ahead of a performance of Troy Powell’s rapturous 2015 work Unscathed.

Part Two was in loving memory of Dexter and featured the University Singers giving appealing, lavishly costumed treatments of the composer-songwriter-master arranger’s folk ditties “Every Time I Pass”, “You Tell a Lie” and “Man & Woman Story.” The Singers were later joined by the NDTC company for a splendid all-white rendering of the Nettleford-Dexter opus Psalm 150, a fusion of melody, musicianship and movement. 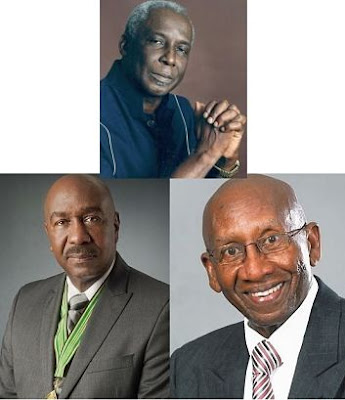 The final segment was in honour of Nettleford and opened with dancer Mark Phinn captivating the packed theatre auditorium with his graceful movements, doing Clive Thompson’s Of Sympathy and Love. The Singers returned, clad in revivalist white (with red headwraps), for “Rastaman Chants,” arranged by Ewan Simpson and O’Neal Mundle.

Nettleford’s epic 1971 work Kumina, a tour-de-force of the traditional forms and Afro-Caribbean rhythm and power, brought the curtains down on the show, with Marlon Simms and Keita-Marie Chamberlain leading the company to an ovation-worthy finale.