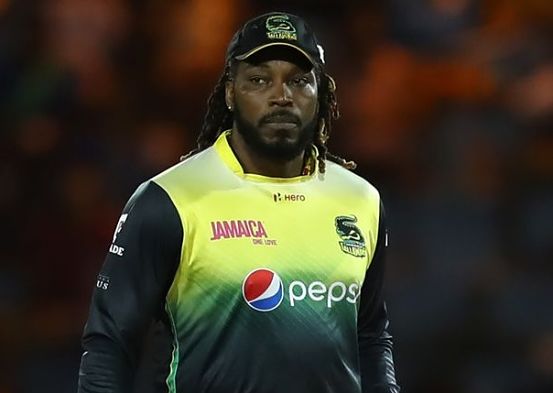 LET ME EXPLAIN: The star batsman took to social media to set the record straight.

IF Chris Gayle had his way he’d end his international cricket career in the Jamaican uniform. That was always the plan. But for now that plan has been derailed.

As the world knows by now, the towering left-hand batsman has been dropped from the Jamaica Tallawahs squad (which is currently gearing up for the 2020 Hero CPL league) and will instead be wearing the St. Lucia Zouks uniform when league action gets going around late summer/early September.

But, in any case, Gayle will be the first to defend his rep and assure his Jamaican supporters that not being retained for the 2020 season by Tallawahs management came as much a shock to him as to everybody else.

“Let me make this clear. I didn’t sell you out. I wasn’t retained. I was released. I just want to make it clear. And it’s not no money thing. I’ve been there, done that,” Gayle asserted, finally breaking his silence on the matter in a three-part video clip uploaded to his YouTube channel. “I wanted to finish my career in the Jamaican uniform. That was my plan. Things have now actually changed.”

By and large, Chris Gayle’s biggest grouse concerning the unforeseen development is that it wasn’t done “respectfully” by the team’s management (led by CEO Jeff Miller and owner Kris Persaud), with whom he’d signed a three-year contract.

Hurt as he is, Gayle says there’s no love lost between him and Persaud, in particular, who he describes as “a nice man, a good man” who “still has my respect.”

Now, he’s turning his full attention to his new assignment with the Zouks. “It’s official. I’m now part of the Zouks family and I’m looking forward to it,” he said, sounding like a man who doesn’t hesitate to put the past behind him.

At 40, Gayle, who has played for both the Jamaica Tallawahs (winning two titles – 2013 and 2016) and the St. Kitts & Nevis Patriots, is considered the leading T20 run-scorer of all time.