REAL TALK: From Chronology to Dela Splash, Chronixx’s evolution continues to fascinate us 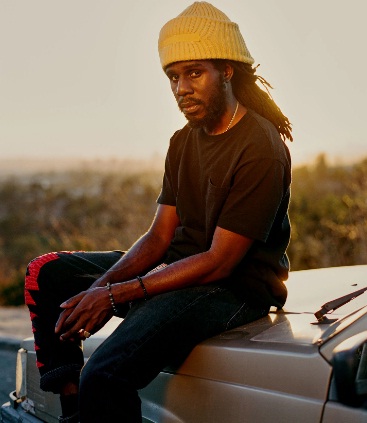 ROCK STEADY: Is the reggae star taking creative risks with his next album?

IN a recent interview with VanityFair.com, Chronixx spoke about, among other things, the correlation between artistic vision and fan appreciation. “All the people who bet on you from the start so that your visions can be realized, you have to be part of their visions too…”

We couldn’t agree more. Many of us local fans who’ve been riding shotgun on this musical journey – from the Dread & Terrible days to the smash success of his Grammy-nominated opus Chronology – have always been fascinated by the remarkable, tell-tale artistry that characterizes Chronixx’s output. He’s yet to disappoint us.

For one thing, versatility becomes him, and that seems to define his approach to his craft, above all else. Diehards and skeptics alike have no doubt taken note of the hard and heavy Chronixx (“Behind Curtain,” “Warrior”); the ladies have been introduced to the soulful and romantic side (“Give Me a Try,” “Majesty”); and roots heads dig the cool and conscious Chronixx (“Black is Beautiful,” “Jah is There,” and the list goes on and on).

At this stage of the game, we’re bracing for what appears to be a more experimental Chronixx – if his latest offering, “Dela Move” (off his well awaited sophomore disc, Dela Splash) is anything to go by. Both the song and its innovatively orchestrated video (a cinematic feast of light and dark and eye-popping visuals) suggest an edgier, more experimental style from the visionary artiste.

Indeed, we’re getting a glimpse of his vision for the rest of his career, which is clearly about pushing creative boundaries. So critics should have much to comment on when we finally sample the results.

It’s a step in the right direction. Serious artistes always want to challenge themselves creatively. Still, it remains to be seen if Dela Splash (the album’s title pays homage to his old Spanish Town neighbourhood) will dramatically alter the course of what’s been an impressive career so far.

Just on his second album, Chronixx (only 27 years old) is still warming up. But he’s released so much music since his arrival on the scene that this feels like a third or fourth album. Real talk.

In any case, he’s been whetting appetites for Dela Splash, and next to Buju Banton’s well-on-the-way comeback disc, Upside Down, it will, we predict, easily rank among the play-it-to-death-records of the year.