Q-&-A: Top netball coach Dalton Hinds talks about the Sunshine Girls, people management and the future of the sport locally 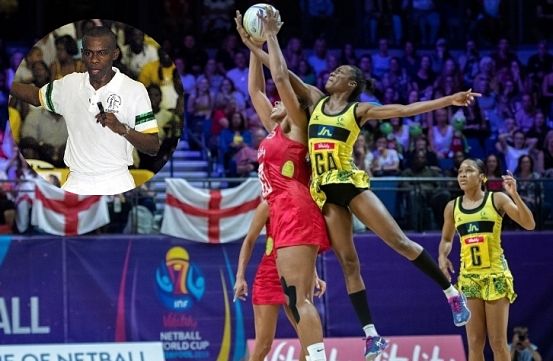 WHEN the curtains came down on the 2019 ISSA Schoolgirls Netball Competition at the Leila Robinson Courts in Kingston, Gaynstead High managed to hold on to their crown as junior urban-area queenpins. For winning coach Dalton Hinds, a veteran of the sport as coach and umpire, it was another feather in his cap. He later spoke to TALLAWAH about the growth of netball in Jamaica, his concerns and the new-look Sunshine Girls.

TALLAWAH: Are you impressed with the level of netball being played locally at the junior level?
Dalton Hinds: From what I see, it’s growing and the talent displayed by the teams here today speak volumes of that growth.

TALLAWAH: You’re known for your success coaching at the senior level and at the club level. What’s it like coaching high-schoolers?
Dalton Hinds: Coaching at all levels, it’s been about making the necessary adjustments for each age group that you’re working with. Whether Under 16, Under 19 or adult, the focus is usually on developing the particular skill levels.

TALLAWAH: Following the exit of Marvette Anderson and Winston Nevers, Connie Francis returned to take up head-coach duties with the senior Sunshine Girls. What are your expectations going forward?
Dalton Hinds: The expectation is that the squad will pull together as a team and continue to do well. The aim, of course, is to get to number-one in the world. The level of coaching and expertise required is here. I’ve worked with the development squad, and what Netball Jamaica needs to always bear in mind is that proper people management is key.

TALLAWAH: By all appearances, men’s netball in Jamaica is still making strides quietly.
Dalton Hinds: I think it’s even more vibrant now. We recently had our league final, and we have the elite competition coming up. Men’s netball is more accepted now in Jamaica because netball as a sport is evolving.

TALLAWAH: Indeed. Looking ahead, any overall concerns?
Dalton Hinds: The level of officiating is what’s hurting the sport. It has to be consistent with the level of play. We’re still umpiring like in the 90s, and the game has evolved beyond that.