AT THE MOVIES: The High Note strikes a tuneful chord 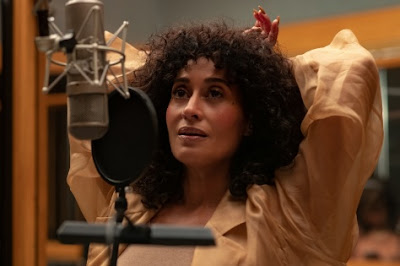 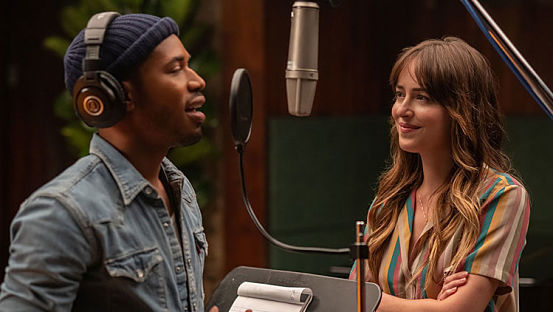 SAY IT WITH A SONG: Harrison and Johnson in a scene from the movie. (Above) Ross in studio.

Ross gives a richly layered turn as Grace Davis, a pop icon who is fading. Her personal assistant Maggie (Fifty Shades of Grey’s Dakota Johnson) is overwhelmed but sticking it out. Honing her music production skills on the side, Maggie wants to help produce her boss’ next album but not everybody thinks she’s cut out for that line of work, especially Grace’s obnoxious longtime manager Jack (Ice Cube).

While Grace is giving sold-out shows on tour and busy meeting with industry people about a possible Vegas residency, Maggie meets David Cliff (Kelvin Harrison Jr.), a charming indie singer-songwriter/musician with whom she bonds over their mutual love of the classics and more. He gets to woo her with a sweet-sexy rendition of “You Send Me.” Sparks fly.

They strike up a romance and a working partnership. But when the demands of Maggie’s PA job and trust issues race to the surface, things become more complicated than anybody can handle.

With mild echoes of Country Strong and Crazy Heart, and coming in the wake of the recent A Star is Born remake, The High Note (directed by Nisha Ganatra with a script by Flora Greeson) works well as both an I’m-Still-Here saga and a story about family and the price of fame, not to mention the emotional toll of following your heart and being true to you.

In fact, one of the movie’s most poignant songs is “Love Myself,” which really shows off the texture of Ross’ singing voice. She is truly her mother’s (multi-talented) daughter.

For some, The High Note might come off as a tad formulaic, but overall it’s wonderfully entertaining, with great original showtunes and some pleasant surprises. Tyrone’s Verdict: B+