GIRL OF THE MOMENT: Koffee aims high with her bold new collabos and blazing solo track 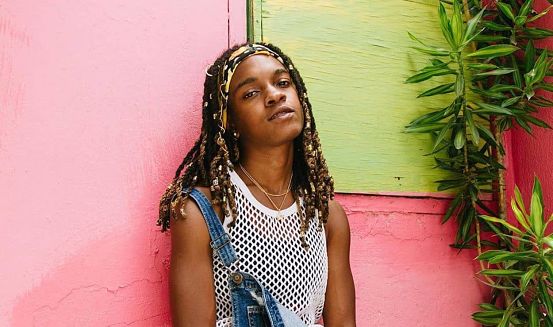 COOL KID: The reggae star is setting the stage for a productive summer.

THIS time last year, Koffee was basking in the breakout success of her EP Rapture, which spawned such hit singles as the title track and “Toast”. These days, the Grammy winner is hard at work rekindling the same fervor that put her on the musical map, notching a pair of attention-grabbing collaborations (with John Legend and J Hus) and releasing her first solo track since her Best Reggae Album win earlier this year.

The Stephen McGregor-produced “Don’t Walk Away” (about fighting to hold on to a good thing), off Legend’s new disc, Bigger Love, is an easy win, showcasing not only the R&B superstar’s vocal dexterity but also the young reggae phenom’s lyrical wizardry and artistic growth.

By contrast, “Repeat” (about hustle and flow), with British rapper J Hus, will draw mixed reviews from listeners, but Koffee’s appearance blesses the track with a jolt of energy.

Meantime, “Lockdown” announces a sort of sonic departure from the material on Rapture, not only exploring relief from COV-19 confinement (“Where will we go when the quarantine ting done and everybody touch road” but imbuing the track with some intimate/personal sentiment (“Mi ah guh put you pon lockdown”).

Look out for cameos from Popcaan, Dre Island and more in the fun, light-hearted video that accompanies the track.

Evidently, Koffee Swagg-A-Lot is setting the stage for a productive summer and a solid finish to 2020.