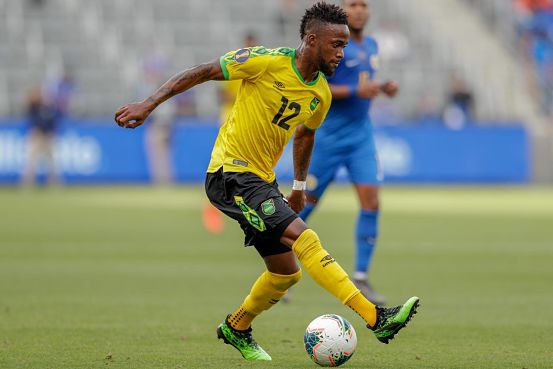 ON THE BALL: The versatile playmaker, who has voiced support for the LGBTQ movement, is looking forward to moving on from the incident.
HE recently won the coveted Golden Boot Award for scoring the most goals (14) in the 2020 United Soccer League (USL) championship, but Junior Flemmings’ laudable achievement has become a footnote to the much bigger story: he’s been suspended from competing in the league for the remainder of his season contract, which expires on November 30.
Following an investigation by league officials, the decision was made to suspend the Jamaican midfielder and Phoenix Rising star player over allegations that he referred to a San Diego Loyal opponent as a ‘b-boy’ during a Phoenix-San Diego encounter.
The offended player, Collin Martin, who is said to be openly homosexual, filed a complaint. Flemmings has strongly denied that he uttered the Jamaican anti-gay slur. League rules strictly forbid the use of “foul and abusive language.”
Flemmings and the Phoenix Rising camp have also been charged an undisclosed fine. “The results of the investigation from the USL [say that] they were unable to confirm that the slur was directed at anyone in particular, but they do believe that an inappropriate term or language was used on the field,” Phoenix General Manager, Bobby Dulle, said in a recent interview.
But in taking the long view, Dulle believes the Collin Martin episode and its subsequent chain of events should provide an eye-opening experience for the 24-year-old Reggae Boy. “I do know that Junior wants to look forward. He wants to take this, just like we [do] as an organization, as a learning moment,” Dulle said.
He added, “I do know that he has some things in mind that he’d like to do, but he wanted to wait, to understand what the investigation and the league ultimately decided. And he wants to look forward in steps, which include reaching out to Collin Martin and San Diego. [These are some] things that he expressed to me that he’d certainly like to do.”