HOT TOPIC: What gave Golding the edge over Hanna? 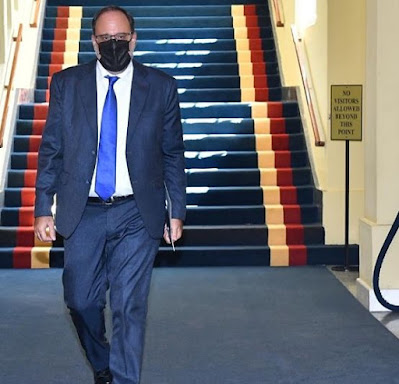 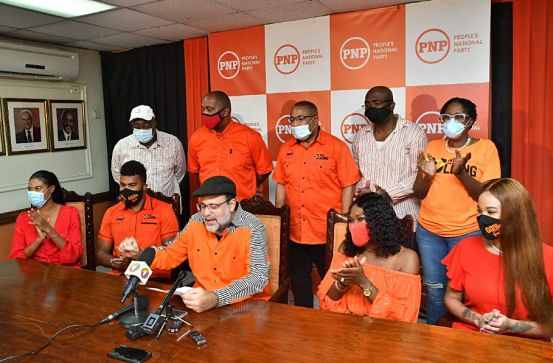 HE HITS THE 'MARK': Golding and his supporters celebrate his ascension to the party presidency.

A new era has dawned for the People’s National Party. On Saturday, November 7, Mark Golding was elected to succeed Dr. Peter Phillips as president of the nearly 80-year-old organization, which is still smarting from September’s massive General Election defeat – and a gaping divisiveness that threatens to crumble the party’s foundations.
For many, Hanna was a clear frontrunner to take the reins from Phillips, but Golding rapidly gained on her in a close race that eventually resulted in a 296-vote win for the Southern St. Andrew MP. So what gave Golding the edge? Senior party insiders and public commentators have been weighing in. Here’s a sample of what they’ve been saying.
>> “Under the leadership of Mark Golding we will see people calling for the PNP, the majority of [Jamaicans] calling or the PNP within a couple years….. It was no secret that the party was at a financial low when I took over as General Secretary. A year or two later, Mark Golding came on board as treasurer and his fundraising ability at that time was instrumental in turning around the fortunes of the party.” – Peter Bunting
>> “He brings a lot of know-how, knowledge and is equipped with an understanding of where the party ought to go. By now he would be very much aware that the most critical and important thing right now is to unite the party. I believe that he is up to it and I believe that he will do it.” – Delano Franklyn
>> “Mark Golding is a strategic thinker, and in any modern political organization this is a much-needed trait… [He] is a man of impeccable integrity and character. Let us be reminded that 63 percent of the Jamaican electorate never voted in the last election, and this is largely attributed to the growing trust deficit in our political leaders. Mark’s character and integrity will aid in this rebuilding of public trust.” – Dr. Floyd Morris