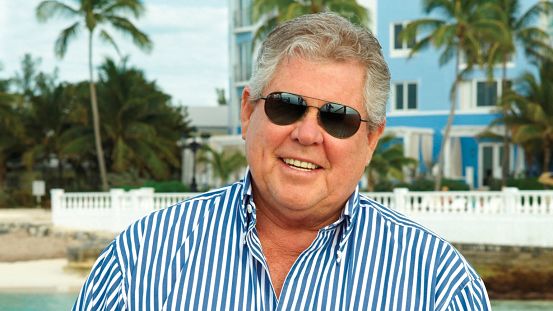 >> In honour of their late founder and Chairman, Sandals Resorts International has announced the establishment of the Gordon ‘Butch’ Stewart Tourism and Hospitality Scholarship, to be awarded to team members interested in embarking on tertiary studies in the field of hospitality and tourism for up to four years. According to CEO Adam Stewart, “This scholarship’s core mission is to ensure a strong future for the Caribbean hotel industry by fuelling the talent pipeline with opportunity – a true reflection of my father’s passion for the region and its potential.” Applications are now accessible through sandalsfoundation.org.
>> Effective March 1, Jamaica is closing its embassy in Brazil. “The decision to close the mission was reached after careful consideration of factors, including its exponential operational costs, which are difficult to justify, particularly at this time, in light of the minimal consular services required of it,” says foreign affairs and foreign trade minister Kamina Johnson-Smith. “Our assurance has been given to the [Gov’t of Brazil] of [our] continued support and engagement at the bilateral and multilateral levels.”
>> As Round 2 action makes way for Round 3 and the hotly anticipated Quarter Finals in the 52nd season of TV-J’s Schools’ Challenge Quiz, viewers are being treated to enthralling first-rate entertainment. As expected, there have been casualties, upsets, nail-biting encounters and episodes where the favourites have prevailed. Among the notables: the Wolmer’s Boys 61-30 win over Denbigh High; Munro College’s 48-13 victory over their sisters and neighbours Hampton School and Campion College’s 43-22 triumph over York Castle. Among the other top favourites going for gold this season: Jamaica College, Wolmer’s Girls and Ardenne High. Visit televisionjamaica.com for the complete schedule of matches and to watch highlights.
>> The 2021 Sagicor Sigma Run has raised $42 million for beneficiaries Annotto Bay Hospital, Port Antonio Hospital and Get Back on Track Education programme. “We know that the past year has been a real challenge for many as we continue to live with COVID-19, and we are truly grateful for the outpouring of support and the kind donations we received for our beneficiaries,” says Sagicor Foundation executive director Alysia White. Persons can still make donations via direct deposit to Sagicor Bank account number 5502907486 or at sagicorsigmarun.com.