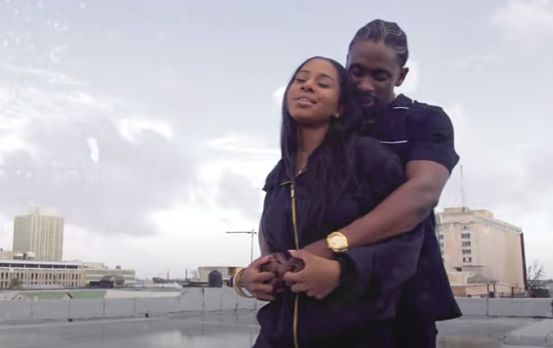 “If the World was Ending” – Chris Martin & Lia Caribe
If the world was indeed coming to an end who better to warn us than this talented twosome who bring undeniable chemistry to their harmonious duet about holding on to that significant someone especially in a time of crisis. Our world needed this cool song. B+
**
“God is Love” – Popcaan feat. Beres Hammond
Beres is the truth! The living legend proves he’s still at the top of his game vocally, on this powerful, uplifting two-hander, alongside the dancehall superstar. A solid Jukeboxx production, it’s certainly headed for the top of the chart. A
**
“Say Less” – Usain Bolt, NJ, Bibi and Kamal
After setting clubs and part dancefloors ablaze with 2019’s Olympe Rosé medley, Usain Bolt and the A-Team are back for more with this fiery, attitude-laden rocker that’s whetting appetites for what they have planned for the summer. B+
**
“Proppa” – Etana feat. Stonebwoy
Gearing up to drop another sizzling solo project, The Strong One takes ‘em to school on this sassy, infectiously groovy number, on which the African soldier Stonebwoy proves that he’s more than up to the challenge. Brothers, take notes. B+
**
“Safe N Sound” – Chronixx
People say Chronixx has been showcasing a mellower side in recent times, but on his latest single we catch glimpses of that fearless, militant side, as he assesses the socio-economic status quo while mixing commentary with his hard-hitting lyrics. A-