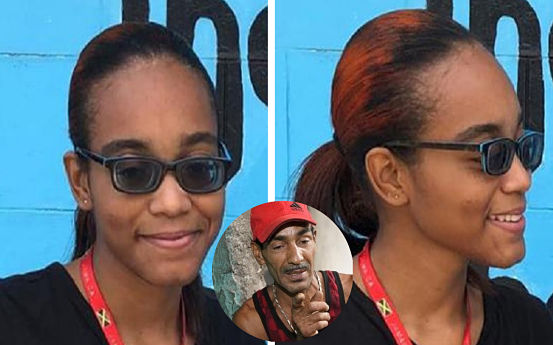 WHERE IS MY DAUGHTER? Deen's father, Lloyd, says he's living every parent's worst nightmare.
JASMINE Deen would have celebrated another birthday on November 28, 2020. The party went on without her. Her father, Lloyd, her siblings and other relatives gathered at the family home to mark the occasion, holding on to the hope that she was alive out there somewhere.
As the public is now well aware, Jasmine, a visually impaired 23-year-old UWI Mona student, vanished without a trace. According to reports, she was last seen alive on February 26 at the university’s Irvine Hall gate waiting on transportation.
Last April, two men were arrested in connection with her disappearance after being found in possession of her ID, bank cards and other personal items. The men were subsequently charged with illegal possession of identity information, simple larceny and unauthorized access to computer data.
By December, as the investigation wore on, the police said more evidence would be needed for additional charges – such as murder – to be laid against the men. Now, a full year since his daughter’s disappearance, Lloyd Deen remains determined to find out what happened to the promising young woman who was like his “best friend.”
In the absence of hard evidence that his daughter is dead, he is holding on to the glimmer of hope that they will be reunited; that one day she will return home. “As long as mi live and mi nuh see her, mi ah guh look fi her every day, and mi will keep anything [mi have] fi her same way,” he told the Observer. It’s been the most stressful year of his life, he admits. “One year after, [it’s] like mi shoulda find her already… Mi cyaan rest… It just ah stress me out more and more. The longer it takes, it gets worse for me. But mi cyaah stop… Even if ah 100 years later, mi nah give up.”
Since last year, more than 50 search operations have been carried out islandwide. Last weekend saw the premiere of the documentary Missing Without a Trace. In the television feature, senior policewoman SSP Stephanie Lindsay reiterated that at this stage of the investigation only a presumption of homicide is possible. Without the irrefutable evidence, no murder charges can be laid.