TUNING UP: Usain Bolt and the A-Team crew are making their presence felt on the music scene 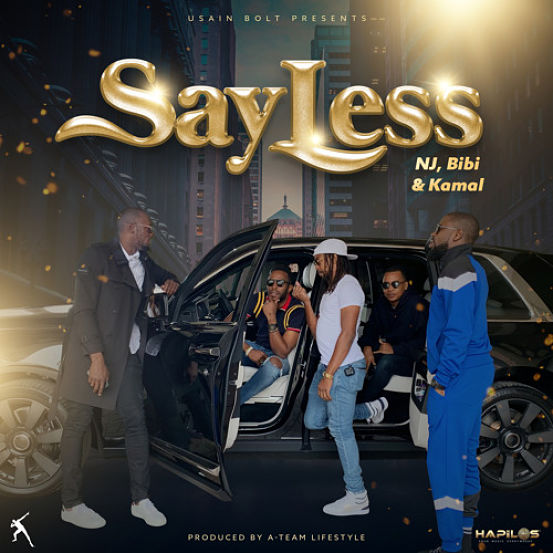 OPENING DOORS: Dropping hot singles and videos (and a brand new riddim), Bolt and the boys are getting serious.
A video clip recently uploaded to Usain Bolt’s Twitter page shows a lively jam session in full swing. The energy is through the roof; the stage presence is staggering. This is the A-Team, the increasingly popular Usain Bolt-led collective showcasing another dimension to their fascinating range of talents.
In addition to Chris Martin, the likes of ‘Bibi’ Gardener and Nugent ‘NJ’ Walker also grace the stage, giving solid accounts of themselves. This is not the first time we’ve heard from Bibi or NJ on the mic. The former Reggae Boyz captain, who has been dabbling in music production for years, played a starring role on the Olympe Rosé medley, and NJ made the ladies swoon with 2020’s “I Need Your Love.”
They are not satisfied yet. In fact, we’re sensing a thrust towards real staying power in the music business.
Off to a promising start, the A-Team Lifestyle label is making its presence felt with a blend of rhythmic dancehall and reggae. Since the dawn of 2021, they’ve released a string of new singles, including the keep-your-head-up track “Living the Dream” and the street anthem “Say Less.”
But unsurprisingly, not everyone has been gung-ho about their intention to establish a presence in music. Big names like Popcaan have openly criticized Bolt for not championing young and emerging reggae acts, as opposed to boosting the talents of his teammates.
But for now it would seem that Bolt and his team (who worked with Dexta Daps, Munga and Ding Dong on Olympe Rosé and newcomer Kamal on “Say Less”) are content working from the inside out. So far the results are indeed commendable and can only get better.
Even so, is the A-Team truly in it for the long haul? In addition to consistently strong releases, how they perform live – seeing how they deliver – would ultimately reveal their level of seriousness.
>> Watch the music video for “Say Less”
>> Take a listen to the new Clockwork Riddim